UFC fans and bettors get a pre-Halloween treat with UFC 267 on October 30. Check out our UFC 267 betting picks right here.

Rematches, rescheduled matches, and title belts on the line combine to make UFC 267 a great night to end October. In our UFC 267 betting preview, we will dissect the main event between Jan Blachowicz and Glover Teixeira (for the Light Heavyweight Championship) and the co-main event between Petr Yan and Aljamain Sterling (for the Bantam Weight Championship). We will follow it with the best bets to make on the rest of the card.

Jan Blachowicz takes on Glover Teixeira in the main event at UFC 267. The fight was postponed from UFC 266 – due to the UFC shuffling around headliners and other fights.

Jan Blachowicz opens as the favourite against Glover Teixeira. Blachowicz defended his title against the number three pound-per-pound fighter Israel Adesanya. Adesanya (in his light heavyweight debut) and Blachowicz went five rounds – in one of the best fights of 2021.

Blachowicz – underestimated and an underdog – gave Adesanya the first loss of his career and made a statement to the UFC. Against a traditional light heavyweight – the fight at UFC 267 will look much different than UFC 259. For one, Glover is a traditional to light heavyweight, who much earlier in his career fought at 220lbs. Combining his size and age (41 years old) makes him a slower opponent.

His style is mixed, blending striking and the ability to submit an opponent. While it has worked recently – as he enters the fight on a five-fight win streak – he has never overcome the best fighters in his weight class. That is what we are expecting against Blachowicz – who has proved he is a legitimate light heavyweight champion.

Jan Blachowicz To Win the Fight
1.36

The co-main event at UFC 267 is a rematch between Petr Yan and Aljamain Sterling. Yan was disqualified at UFC 259 – after an illegal knee. At the time, Yan was leading the fight and only one round and 25 seconds away from defending his Bantamweight Championship.

What transpired in the first fight makes this one of the most intriguing rematches in recent UFC history. Sterling is the first fighter ever to win a title by DQ. If he was dominating the fight, the narrative would also be different – but a close fight with Yan leading makes the rematch more exciting. 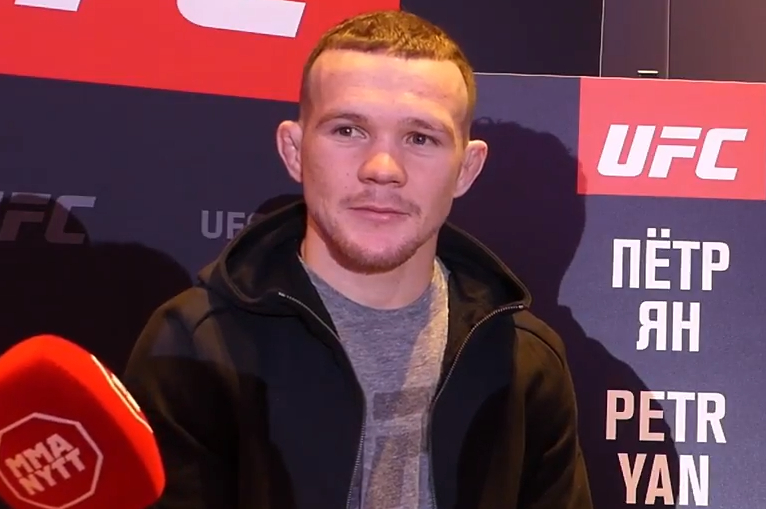 In the original, we looked at Petr Yan’s ability to defend takedowns and Sterling’s lack of accuracy landing them. It played a big factor in the first fight, and we expect it to play a factor in the rematch. The two also matched each other pretty evenly in significant strikes and total strikes. That took away the edge for Sterling.

Overall, take Petr Yan in the rematch. He matched and mirrored Sterling exceptionally in the first fight. He took advantage of Sterling’s weaknesses and would have won the first match if not for the illegal knee to the face.

Two ranked light heavyweights are scheduled on the main card – with the lower-ranked Magomed Ankalaev opening as the favourite. Magomed Ankalaev – after losing his first bout in the UFC – is on a six-fight winning streak. He has looked dominant during that stretch – with three first-round KO/TKOs and two wins by unanimous decision.

It is hard to make the argument in this fight for Volkan Oezdemir. Once a contender in the weight division, the Swiss fighter is only 2-4 since 2018. His last fight against Jiri Prochazka – ended with Prochazka winning by KO in the second round.

Prochazka was an underdog in that fight yet dealt with Oezdemir with relative ease. We are expecting the same thing from another raising contender in the division at UFC 267.

Magomed Ankalarv To Win the Fight
1.28

The best underdog to bet at UFC 267 is Walt Harris. Harris – is a streaky fighter – which means he is always winning or losing. His opponent Tuivasa – is one a three-fight winning streak (all first round KO/TKOs).

Usually, we like to see that in any fighter. The problem – none of his opponent are ranked anywhere near the top-15. Prior to those wins, he lost three in a row. One of those losses came against Sergey Spivak – who is ranked one spot behind Walt Harris in the heavyweight rankings.

Best Online Sportsbooks to Bet on the UFC

Find the best online sportsbooks to bet on the UFC below. New users joining through the links underneath can receive an exclusive welcome bonus.