So, what are the best NFL player props bets for the 2021 season? Find out below + plus two longshot underdogs to win the league MVP.

Best Bet to the Win MVP

Is this finally the year for Russell Wilson to get a vote for MVP? The Seattle Seahawks signal-caller was a top choice through the first half of the 2020 season – before cooling off in the second half.

However, even with a dip in numbers, Russell set a franchise record with 40 passing touchdowns and a career-high 68.8% competition rate. What also bodes well for Wilson is the Seahawks’ decision to bring in offensive coordinator Shane Waldron.

Many of them blamed the Seahawks for not running the best offence to maximize Wilson’s skills and match the modern offences in the National Football League. That is why the move was one of the best (and most underrated) moves in the offseason.

He is also an NFL ironman, never missing a game since coming into the league in 2012.

Best Underdog to Bet will the Win MVP

There are two underdogs we are considering sprinkling a little juice on to win NFL MVP – Derek Carr and Jimmy Garoppolo.

The Case for Carr

Carr has been an effective quarterback in his career – despite playing for a consistently mediocre Raiders’ squad. Carrr’s interception rate in the last three seasons was 1.8% or lower every year, while his competition percentage is 67.3% or better om the same span.

Carr has also tossed at least 4000 yards the last three years, and a passer rating above 100 the last two years. Playing in Vegas, with fans this year could add some spotlight on the QB – giving him a chance to get more into the conversation if he can help the Raiders exceed expectations.

The Case for Jimmy G

Although the San Francisco 49ers made a splash in the 2021 NFL Draft picking Trey Lance, it looks like the team will roll with Garoppolo this season. One reason to bet on Jimmy G is the expectations for the 49ers this season. 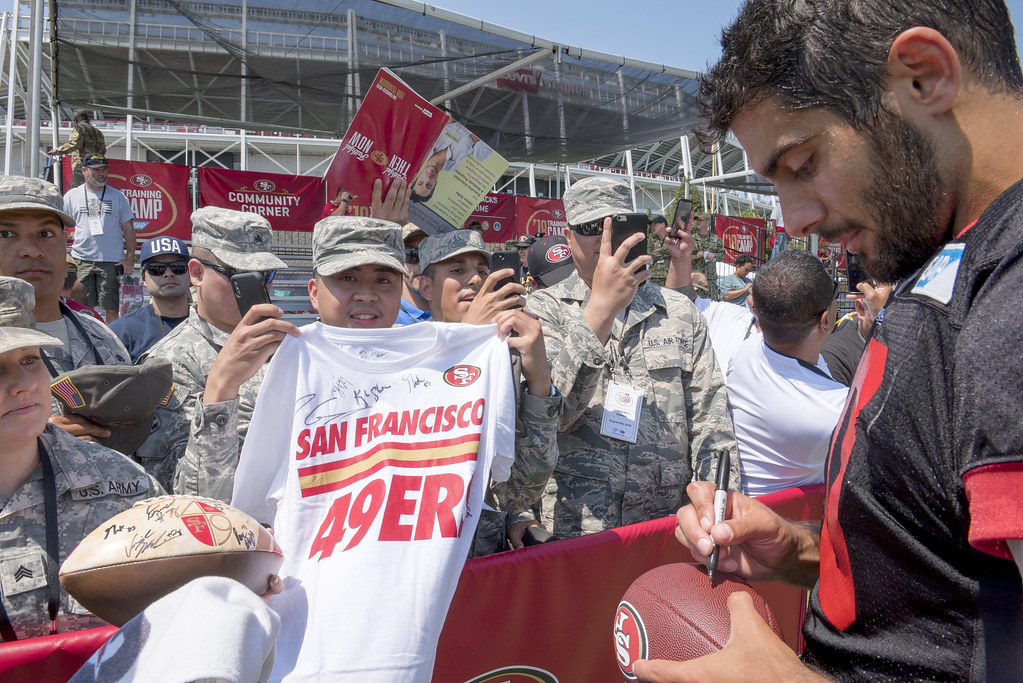 The team suffered more than anyone last season – at times having nearly half this salary cap on the injury reserve (including Garoppolo who only played six games last season). When healthy, though, Jimmy G is a proven winner and makes the 49ers a formidable offence.

In 2019, when the 49ers went to the Super Bowl – Jimmy was great. He ranked fifth in passing touchdowns (27), third in yards per attempt (8.4), and fourth in competition percentage (69.1%). If can match or exceed those numbers – and help the 49ers win in the NFL’s most competitive division, he could sway some voters.

Jimmy Garoppolo To Win the Match
81.20

Best Bet to Win Comeback Player of the Year

While Dak Prescott is the favourite – the risk of injuries occurring, makes us want to look elsewhere for Comeback Player of the Year. Joe Burrow is an interesting pick – but he has not yet looked back to game speed.

McCaffrey’s injury last year is not overly concerning. The team – out of the playoff hunt by Week 10 last year, opted to rest McCaffrey and save him for this season.

Christian McCaffrey To Win the Comeback Player of the Year
8.12

Best Bet to Win Defensive Player of the Year

Is Aaron Donald fatigue possible in 2021 – voters looking to reward someone else this season? It is certainly a prospect and one reason why we are hesitant to bet on the preseason favourite. There has also never been a player to win the award four times.

The guy we are eyeballing to win the award is Myles Garrett. Garrett is one of the best defensive ends in the NFL – making the first-team all-pro in 2020. Garrett is averaging nearly a sack per game in his career, a number he would have exceeded last year if not for Covid. 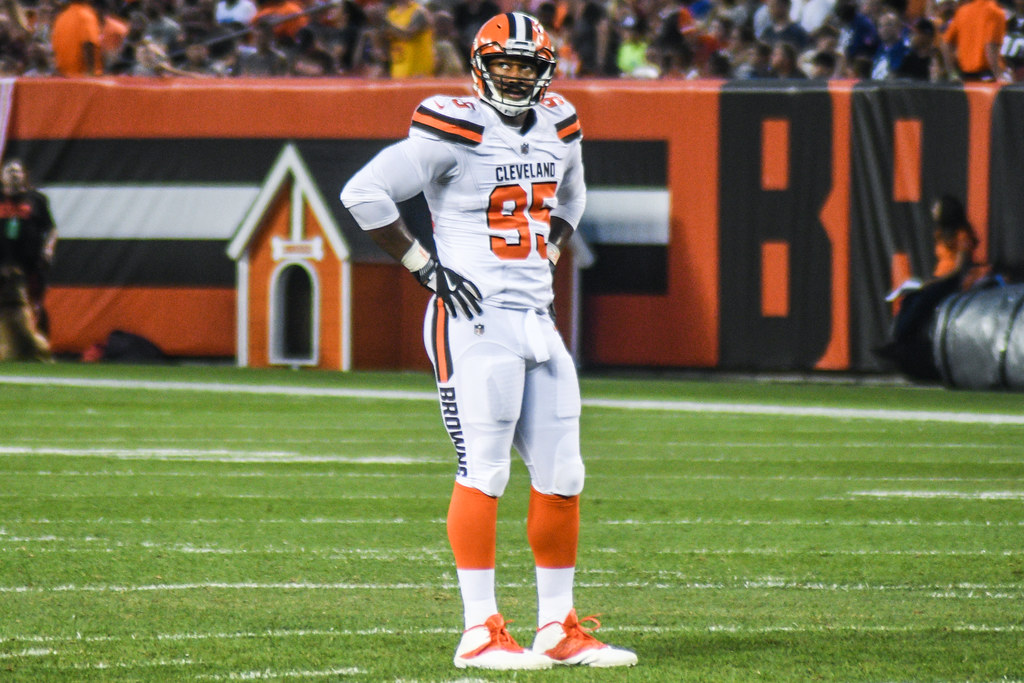 Garrett missed two games due to testing positive and was not as effective in his return. Before going out, Garrett had 9.5 sacks and four forced fumbles in nine games. Upon his return, he has only four sacks and no forced fumbles in seven games (including the playoffs). He should be good to go this season and can win the award as the best player on a talented Cleveland Brown’s team.

Myles Garrett To Win the NFL Defensive Player of the Year
6.38

Best Online Sportsbooks to Bet on the NFL

Find the best websites to bet on the NFL below. They are offering new users a sign-up bonus, just in time for the start of the 2021 NFL season.