The NFL is giving us another great Sunday of Football in Week 12 2021 – headlined by the 7-4 New England Patriots hosting the top seed in the AFC the Tennessee Titans. Get ready for football this weekend with our NFL Week 12 2021 betting preview.

Despite owning the best record in the AFC, the best NFL betting lines in Canada have the Tennessee Titans as one of the biggest underdogs in Week 12. Why are the Titans such large dogs against New England? First, the injuries on offence are catching up to the team. Second, the New England Patriots are the hottest team in the NFL.

The loss of Derrick Henry hurts the effectiveness of Ryan Tannehill and the Titans’ offence. They have managed a 2-1 record without the reigning rushing yardage champ – but as the wide receiving core goes down with more injuries, it is harder to move the ball. 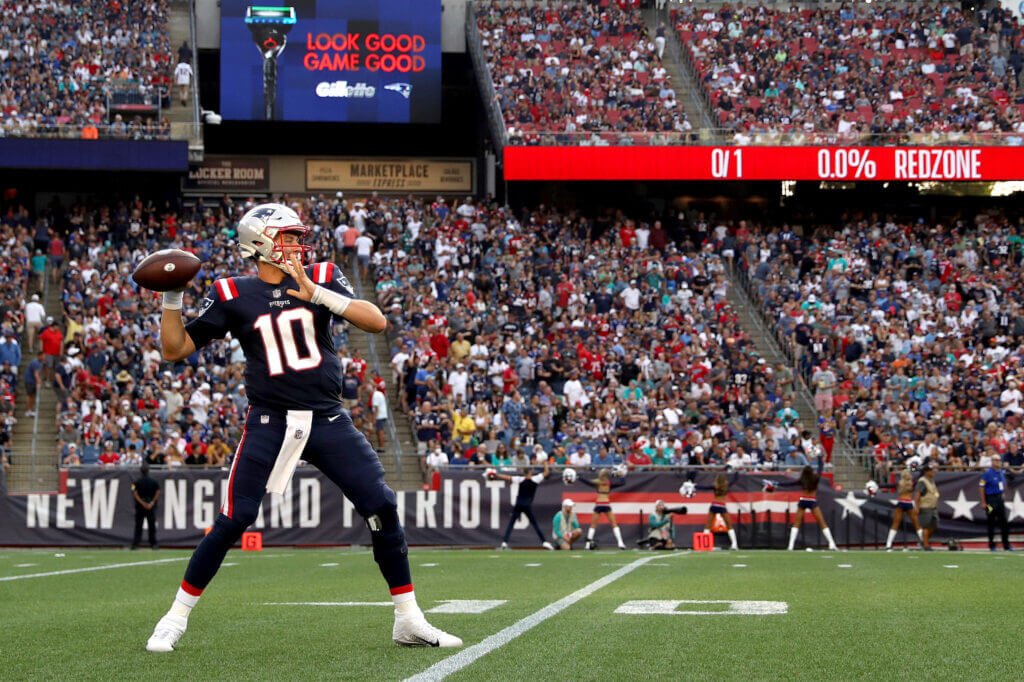 New England enters the game – healthy and climbing the standings. They have a balanced offensive attack and an elite defence. Mac Jones is the favourite for 2021 Rookie of the Year and Bill Belichick could even win his first Coach of the Year since 2010.

Tennessee will play hard on defence. However, they have not shown enough consistency this season to expect the defence to carry them every time they face a quality opponent on the road. Bet the Patriots on Sunday.

The underdog we like the most in Week 12 is the Minnesota Vikings. The Vikings are playing well this year and should be better than their 5-5 record. In every game this season, they have led at some point by at least seven points.

The 49ers – who are playing better lately – are not built to play from behind. Their offensive strategy is long drives, trick plays, and rushing the ball. It has worked when they get up early – but when they are down at half-time, they are only 1-3 in their last four games.

The Vikings are playing well on both sides of the field – and Kirk Cousins could pop into the MVP conversation after another good game. Cousins has the best TD-INT ratio (21-2) in the NFL, second in quarterback rating, second in sack percentage, and third in adjusted net yards per attempt. Vikings offer great value as road underdogs on Sunday.

Minnesota Vikings To Win the Game
2.45

After a disastrous start to the 2021 NFL Season – the Miami Dolphins have strung together three-straight wins (longer than any current win streak in the NFC entering Week 12) to improve to 4-7. The Dolphins have figured out how to use Tua Tagovailoa – who is a better passer right now than Cam Newton on the Panthers.

The Panthers got an emotional win in Week 10 against the Cardinals – in Cam’s return – but fell flat late against Washington in a 27-21 loss. While Newton can make plays with his leg, his accuracy is an issue. Anything more than 7-8 yards down the field is risky for the Panthers. Go with the Dolphins on the road to upset the Panthers.

Miami Dolphins To Win the Game
2.05

Best Over Bet: Eagles Offence will Soar Against the Giants 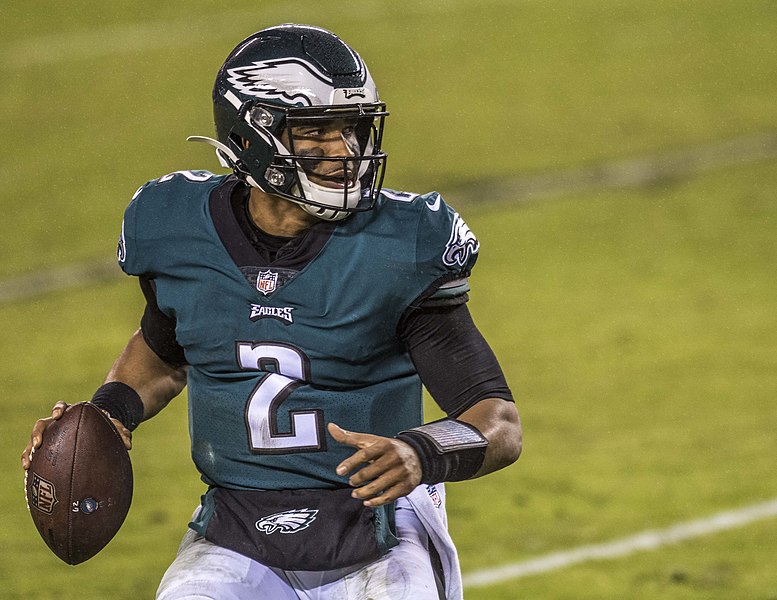 The running game is leading to success when running play-action – helping Jalen Hurts improve his QBR, completion percentage, and yards per attempt the last four weeks. With the overall effectiveness of the offence, the Eagles have scored 138 points in their last four games (that includes Darius Slay’s defensive touchdowns).

As we expect the Eagles to put up points, it is on the Giants to do their part. The Giants currently rank 25th in the NFL in points per game this season (18.9). We think they can exceed that total on Sunday against the Eagles. In the Giants’ last eight games against the Eagles, they have scored at least 17 points seven times. They have exceeded 21 points in five of the eight games.

Daniel Jones has moved the ball against the Eagles – averaging 305 yards of offence (rush+pass) in three starts. If he can come close to his average yardage, the Giants should have at least two touchdown drives. Overall, this game is our favourite game total bet at the best over/under Canadian betting sites.

Best Under Bet: Consistency from Atlanta and Jacksonville Offences a Major Issue

Has anyone watched the Atlanta Falcons the last two weeks? If you have not, they have scored three points total. It is one of the worst offensive stretches in the NFL in the last decade. While they should do better against the Jags, the injuries on the Falcons cap their offensive abilities – even against bad defences.

On the other side of the field are the Jaguars – who have yet to score more than 23 points in a game this season. Their propensity for turnovers kills drives and is a major reason why they are 31st in scoring this season.

Best Online Sportsbooks to Bet on the NFL

Find and compare reviews on the best online sportsbooks to bet on the NFL.