Get ready for the 2021 Canadian Premier Playoffs – which start this weekend – with our betting predictions!

Pacific FC’s Offence gives them the Edge Against Cavalry

Although the best soccer betting lines from Canadian sportsbooks are not yet available on this game – the most recent games between these two clubs (November 7) gave each side 2.55 odds to win the match. We are expecting something similar in this meeting.

These two teams have played seven times this season – with each side winning three games and one game ending in a draw. The results make this a toss-up – which means we need to find advantages heading into the postseason.

The biggest advantage we are looking at in this game is Pacific FC’s offence. Pacific FC easily led the Canadian Premier League in goals this season with 47 (they were the only team in the CPL to crack 40 goals).

Both teams have a goaltender that finished the season with seven clean sheets. That takes away a potential advantage for Calvary FC. Overall, we like more of what Pacific FC brings into this game – even if they are the road trip.

Forge enters the Canadian Premier Playoffs with the best record in the Canadian Premier League (50 points) – breaking the tie with Calvary FC thanks to a much better goal differential (+15 vs. +4) and more wins (16 vs. 14). Forge gets a favourable matchup at home against York United who snuck into the playoffs with 36 points and a -4-goal differential.

Forge is the two-time reigning champs of the CPL and has finished top-two in the standings all three seasons they have existed. 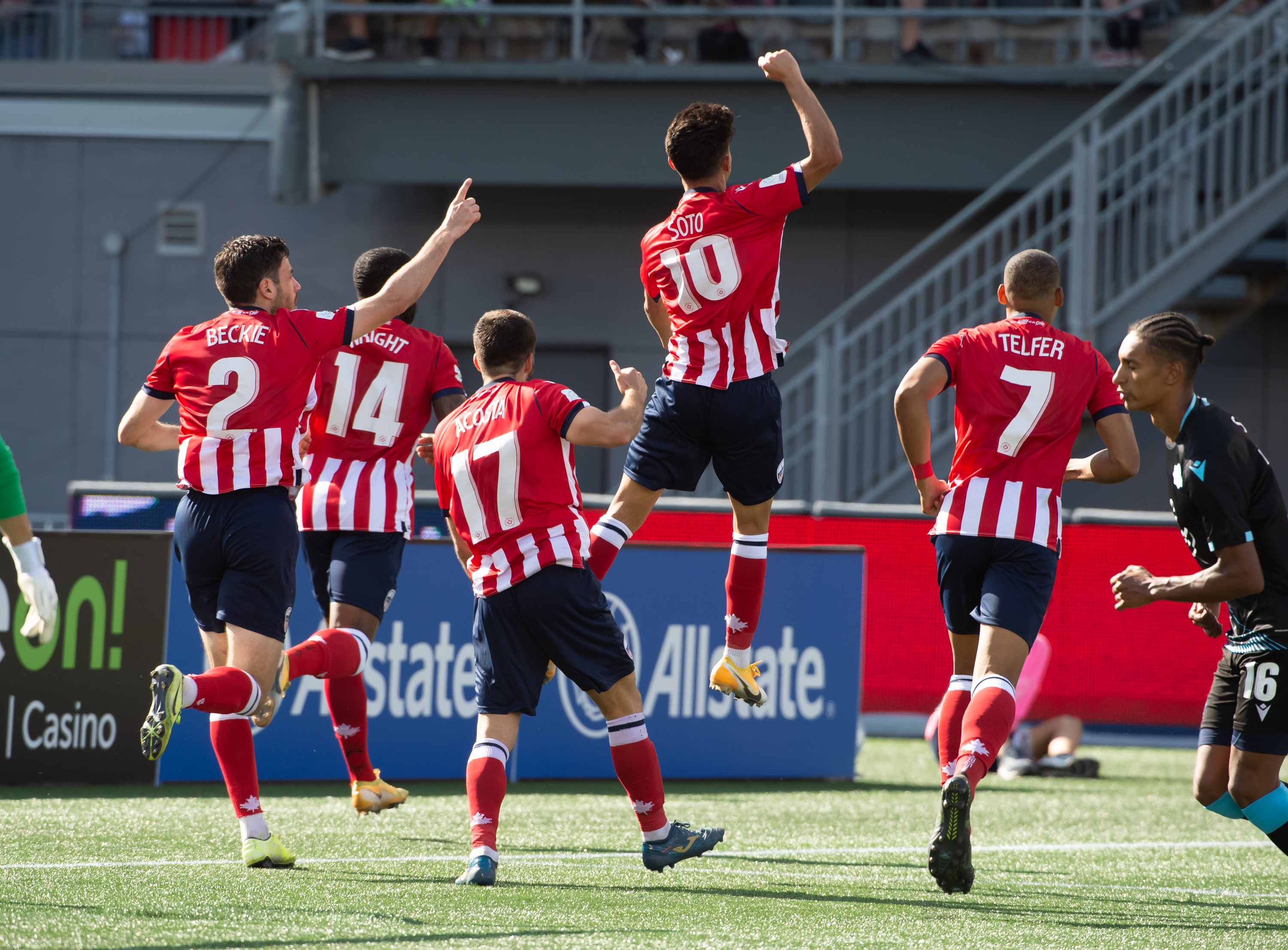 York United will have a hard time scoring against the Forge. The Forge allowed a league-low 24 goals this season – the only team to allow less than 30 goals in 2021. York United ranks fourth in goals scored this year and sixth in goals allowed.

Forge FC was also 4-0-2 against York United this season including two wins late in the season that almost kept York United out of the playoffs. Bet on the Forge to take care of business against an inferior opponent.

Check the best betting lines from Canadian sportsbooks this weekend for futures on the winner.

Of the four teams in the 2021 Canadian Premier League Playoffs – the best bet to win it all is Forge FC. The Hamilton-based team has won the championship the last two seasons and looks as good, if not better in 2021.

Hamilton has qualified for the 2022 CONCACAF Champions League – after making the 2021 CONCACAF Semi-Finals. They are not only beating the best teams in the CPL consistently, but they are also as competitive against other second-tier teams across North America.

Best Online Sportsbooks to Bet on the CPL