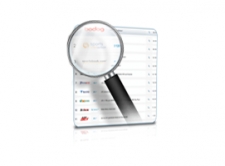 How are Opening Lines Determined?

When lines open on games, sportsbooks use a multitude of different factors to determine the moneylines, point spreads and totals. Below are some of the main factors that go into setting opening lines on upcoming games.

*Lines on futures (such as the winner of the Super Bowl, a golf tournament or March Madness) can include more aspects, such as the strength of schedule and the quality of the field.

Opening lines do not mean final lines. Between the time the game opens for wagering and the time the game starts, lines frequently move. As mentioned earlier, the amount of money bet on each side is a significant factor in lines moving. However, it is not the only reason why betting lines move.

If after lines open, bettors jump massively on one side of the action, then online sportsbook will adjust their lines. For example, say the Golden State Warriors are a 3.5-point (-110 odds) underdog on the road against the Houston Rockets. After the lines open, $100000 of bets are made on the point spread, with a majority of bets on the Golden State Warriors (65-35 split).

The spread may move to -2.5 Houston. If the movement in the point spread is not enough to balance out the wagers, the online sportsbook may move the spread more, until they are satisfied with the number of bets on each side.

Adjusting the Odds, not the Line

Even if there is a relatively even amount of bets on both sides, betting lines can still move. The most common reason lines move when there is a balance in wagers is due to injuries, roster transactions, player suspensions and coaching decisions (i.e. resting a player).

For example, say the Green Bay Packers are playing the Chicago Bears. The Green Bay Packers open as a 7.5-point favourite on the road. However, just a few days before the game, Packers' quarterback Aaron Rodgers is ruled out with an injury. Betting the Bears as a +7.5 point underdog at home is suddenly a much more attractive wager.

The online sportsbook may briefly close the game and adjust the odds to avoid a massive amount of wagers on the Bears. The odds will re-open, reflecting the strength of the Packers without Aaron Rodgers compared to the Bears at home. Depending on the quality of the player will dictate how much the odds change. A superstar quarterback like Aaron Rodgers will change the odds much more than if the Packers were without their starting left guard.

Lines move first on sharp sportsbooks. If you are using a square online sportsbook, they will often adjust their lines according to what a sharp sportsbook is doing. While the bets the square sportsbook receive on a game could be more balanced than the sharp, leaving the line unchanged opens them up for line shoppers to flood one side of the action.

If you are quick to notice a sharp sportsbook change their odds, it is a smart strategy to bet the opposite on the square before they have a chance to adjust their lines and odds.

When live betting on a game, you should expect lines to change consistently. However, the amount of money bet on either side of the action has less to do with line movement than what is transpiring in the game. If a team goes up a quick 14 in the first quarter, the spread and moneyline will reflect it and the probability of each team winning the game.

It is harder for sharps and the public to flood one side of the action when live betting as the lines move much quicker. The only times it is usually possible for an imbalance in bets to sway the odds is during an intermission or at half-time.

Have more questions or looking for more information? If so, check below for some answer to frequently asked questions sports bettors have on betting line movement.

How much do Lines Move?

The majority of line movements are small, somewhere between 0.5 and 1.5 points. Now, if there is a severe injury to a star player or a bunch of players ruled out of the game (due to any reason), the line is likely to move more. If an online sportsbook overcorrects a line, they will adjust it again.

Over time, lines can move more than 1.5 points. With a week between most NFL and college football games, lines have much more time to adjust (compared to other sports).

When the line moves, the movement could be caused by sharp bettors or by the public (depending on the team and the sportsbook). Sharp bettors often bet big and bet earlier. If enough sharps bet on one side of the action, the sportsbook will adjust the line to encourage the public to bet the other to balance out the wagers.

On square sportsbooks, the public influences line movements more than sharp bettors. However, no online sportsbook reveals why they move lines. It is pure speculation. What is interesting is the public is often wrong. The numbers show when the public bets one side by 75% or more, they are more often than not bet heavy on the losing side. Still, online sportsbooks do not want to risk the public being right and still move the lines

Note: this does not apply to large favourites on moneylines. If Golden State is -1000 favourite over the Atlanta Hawks, the majority of people will bet Golden State and be right in their pick.

In some cases, betting lines move through sharp bettors manipulating lines. This is done through sharps placing smaller wagers on one side, with the public following and betting that side. Their goal is to move the line, so the odds on the side they prefer (the side they did not bet to start) moves in their favourite. For example, say the Toronto Blue Jays are hosting the Boston Red Sox.

The sharp may start by betting the Toronto Blue Jays at +105. Their first wager is always smaller, say around $2000. The public bets the Blue Jays as well, moving the line and making them the new favourite. Boston, who opened at -125, is now the underdog at +110 after the lines move. The sharp now places a much larger wager ($20000) on the side they expect to win. They take the loss on the one side to win much more on the other.

Can you Win Betting on a Line Before and After it Moves?

If you have not heard of Black Sunday, it is the perfect example to explain how it is possible to win betting on lines before and after they adjust.

This type of loss was a much bigger deal 40 years ago. There were not nearly the same number of betting options available in the 1970s, and sportsbook could not recover losses from other bets such as Super Bowl MVP and even parlays.

Nowadays sportsbooks are smarter and avoid these types of mistakes. It can still happen from time to time, but the overall impact of such a foley (called "middled" in the industry) is mitigated through profits on other bets, parlays and live betting.[/faq