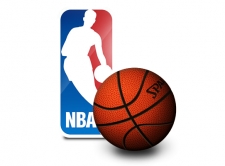 As the popularity of the NBA continues to grow, betting on the NBA is bigger than ever. Superstars, super teams and super excitement make the NBA landscape must-watch television all year long. In this part of our betting guide, we shall cover the numerous betting options available on the NBA. As the most similar sport to the National Football Leauge, NBA bettors see plenty of point spread, moneyline and game total action.

In addition, player props are popular, especially come the start of the NBA playoffs. Futures, game props, team props, teasers and parlays round out our list of betting options available on the National Basketball Association.

Betting Against the Spread on NBA Games

Like football, the most popular betting option on NBA games is the point spread. Before going over the basics of betting NBA point spreads, here are some of the main factors that online sportsbooks use to determine NBA point spreads.

Characteristics of an NBA Point Spread

How to Bet NBA Point Spreads

As the NBA season is 82 games, there is plenty of time for betting against the spread. Of course, there is much to consider when betting on NBA spreads.

A standard NBA point spread works like any other point spread. There is typically one favourite and one underdog, with odds ranging between +100 and -120. When you bet on a favourite, you need that team to win by at least the spread to win your bet. If you bet on the underdog, you win your wager if they win the game or lose by less than the point spread.

Before continuing on we shall go over some of the most important factors to consider before betting on NBA point spreads.

Less Parity than Other Leagues.

There is less parity in the NBA than other leagues (compared to the NHL and MLB), as the top dogs win over 70% of their games. Often teams win a high percentage of their games for extended periods. Think of all the dynasties in sports from 1990 to 2018.

The league with the most teams winning at least three championships in a small window is the NBA. The main reason the NBA is full of dynasties is two or three players can make the team great for a more extended period than any other league.

Good Teams Do Not Always Care About the Spread

NBA title contenders know when to play hard and know when to go at half-speed. Take the 2017-18 Golden State Warriors. The Warriors won their third title in four years. Between the playoffs and Finals, they recorded a record of 74-29. However, they were 45-57-1 against the spread (44.1%). Golden State knows once they build up a lead, they can take plays off and go on autopilot. They are too talented to lose most of these games, but not caring enough to win by a significant margin.

Cleveland was even worse at covering the spread over the 2017-18 NBA season. The Cavaliers covered a league-low 38.8% of point spreads but won 59.6% of all their games (regular season and playoffs). Simply put, a win is a win for NBA teams, whether it is by a single point or by 30. Check team records against the spread before wagering.

The Dreaded Back Door Cover

One aspect of the NBA that drives bettors crazy is the back door cover. A team up by 20 or more points in the fourth quarter will often bench their starters and play their reserves. At this point in the game, the losing team changes their approach and looks to score more.

If the losing team is still playing their starters, there is a good chance they cut into the lead. This leads to the losing team covering spreads. If you are wary of teams covering the spread late, the moneyline is maybe a better betting option.

While not nearly as profitable as picking point spread correct, the moneyline is still a viable betting option on NBA games. When the point spread is close (between 1.0 and 4.5 points), betting the moneyline can be a smart wager to make.

When the spread is not small, moneylines on favourites range between -150 and -225. Underdogs usually open around +125 to +180. In this range, betting the moneyline is good.

The Downfall of NBA Moneylines

The problem with the moneyline is the disparity between the top teams and the rest of the league. It is common to see the best teams have moneylines between -1000 and -2000 when they are big favourites at home against a bad team.

While the top NBA teams win the majority of the games when they are heavy favourites, the return is not worth the risk of an upset. For example, say you consistently bet on NBA favourites with odds of -1500. A $100 wager nets a petty profit of just $6.67. You need the favourite to go 15-1 at these odds just to break even.

Two upsets and it is nearly impossible to recover a profit betting on big favourites and these upsets do happen. The Golden State Warriors were a -1500 moneyline favourite over the Detroit Pistons early in the 2017-18 NBA and lost the game. To recover your loss you need to pick 15 favourites correctly, and then pick another 15 right to make $100. The best strategy is to bet on small moneyline underdogs and avoid any team favoured by -400 or higher.

Game totals are a big part of betting on the NBA. The average NBA game total is around 212.5 points. However, game totals of that exact amount are not overly common. Most NBA games range been 204.5 and 220.5. However, seeing games with games totals lower than 195.0 and higher than 230.0 happens every NBA season.

There is no perfect betting strategy for betting NBA game totals, but as you see above, we highlighted betting on the under. Online sportsbooks want people to wager on the over. The fact is the under happens more often than the over.

Overall in 2017-18, 18 of 30 NBA teams (60% of the league) finished with more game totals going under than going over. As most game totals open at -110, betting every game on the under is a better approach. If 60% of all NBA regular season games finish under (1230 games total), you can make a reasonable profit. In fact, betting $10 on every game over the regular season nets a profit of just under $2000 by the end of the season.

Like any popular league, online sportsbooks offer a range of prop bets on every game. While player props are the most popular, bettors should not sleep on game and team props. There is an opportunity to make money betting on all three if you know what to look for and what to avoid.

As the NBA is the most star-driven league in North America, player props are a very popular option. There are two main types of player props available on NBA. Game totals and will a player accomplish a specific feat.

Game totals are typically a 50/50 proposition. Some research on the player’s recent history (against the opponent and last 10 or so games overall) will help you make a better wager. Betting on a specific game feat has a much larger variance in odds. However, the amount you can win is much more significant (when betting on the underdog option).

NBA team prop bets are generally a bet of whether a team will or will not perform up to a certain level. An example of this could be whether the team will make over/under a certain amount or percentage of three-point shots.

Betting aggregate over percentage is a bit of an easier wager. If a team misses five or more straight three-point shots, the chances of them hitting the over on the percentage are low. However, if they shake off the rust and go on a bit of a run, they can go over the total.

Between which team will reach a certain number of points first (often 10, 20 and 30 points) to alternative lines and game totals, there is no shortage of game props on the 1000+ NBA games throughout the regular season and playoffs.

There are occasionally combination props on NBA games. You could wager on a player scoring less than 25 points but his team still winning the game. These props are most popular during the postseason and rarely involve any players outside of the biggest names in the NBA.

On most days of the NBA season, there are multiple NBA games on the schedule. On the busy nights, there are more than ten games. With the number of games available, parlaying a few games is a popular option for bettors that are more casual.

Bettors can parlay a mix of bets on games. Picking a small underdog and parlaying it with a point spread and a total gives bettors odds of +600 or more. While winning a parlay is never easy, picking three good lines from the hundreds available on a busy night in the NBA gives you an opportunity to make a sizeable return on a small wager.

Like NFL games, bettors have the option to tease NBA games. The amount available to tease on games differs between online sportsbooks. The most common teasers are 4.0, 4.5 and 5.0. Some online sportsbooks offer super teasers of 6.0 and 6.5. Of course, the more points you tease a game by lowers your odds and potential winnings.

On average, teasing two games by 4.0 points gives bettors +100 odds. As you increase the amount you tease NBA games by, the higher the chance of you have of winning your bet (of course, your potential winnings decline by every half-point your tease).

Futures are a big part of betting on the NBA. Bettors can wager on Division winners, Conference winners and, of course, the NBA Champion. The biggest problem with NBA futures is the value in wagering the winner of individual divisions, and the NBA Champion is much lower than the other major North American sports leagues.

The real value when betting on NBA futures is in win totals. Every year before the season begins, online sportsbooks offer win totals on every team for the upcoming season. The odds on NBA win totals move less than NFL win totals, meaning there is an opportunity to get good odds on different over and under bets in the lead up to the season.

There are also futures on NBA playoff series. Bettors have the ability to wager on what team will win the series, how many games the series will go and an over/under total of games in the series.

A fun part of betting on the NBA is during All-Star weekend. Online basketball sportsbooks offer lines on who will win the slam dunk contest, three-point contest and skill competition as well as lines on the game itself including crazy high point totals. Bettors can also wager who will win the draft lottery. Remember to read up on new draft lottery rules effective for the 2019 draft lottery.