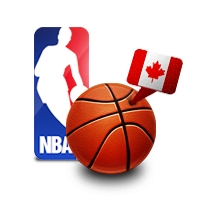 The National Basketball Association has always been a star’s league, even before it merged with the American Basketball Association in 1976. Over the past few decades, the popularity of basketball has exploded throughout the world and as the best product that the sport has to offer, the NBA attracts hundreds of millions of fans. Many add to the excitement of watching the best ballers compete by placing an online wager on prime NBA betting lines.

Before you decide to bet on any game, it’s crucial to keep yourself informed of the latest odds and developments. This useful widget updates you on NBA betting lines today while giving you important information about the results.

Some teams battle through brutal 82 game seasons in order to come out on top of the NBA standings, giving them a shot at solid playoff rankings. Others tank the regular season to get a great draft pick. The standings below will give you an idea where each team in the association is headed.

What You Need to Know For NBA Betting Lines

The NBA is typically considered one of the most predictable of all major, North American professional sports leagues. In fact, since 1980, the NBA Finals has featured one of the following ten basketball legends: LeBron James, Kobe Bryant, Shaquille O’Neal, Michael Jordan, Larry Bird, Isiah Thomas, Magic Johnson, Tim Duncan, Hakeem Olaijuwon and Dwayne Wade. The overwhelming talent and drive of these competitors tend to overwhelm most teams in the league.

The current environment is no different, with the supremacy of LeBron James giving way to the rise of small ball, lead by Stephen Curry and the Golden State Warriors. A select few teams are able to challenge the dominance of elite squads, let alone win four out of a seven game series. However, this disparity leads to superb opportunities to sniff out upsets, which can result in a great payday for NBA fans who monitor the pulse of the league, discovering superb odds that makes the risk worth it.

While elite teams are still defined by the quality of their superstars, in particular “big three” cornerstone players, the competitive gap has lessened somewhat for the rest of the association. The Eastern Conference is no longer noticeably weaker than the Western Conference, reversing a long trend that started after the Jordan era. This makes wagering on the NBA that much more exciting.

How to Bet On the NBA

You can also bet on the spread, which involves the number of points by which a team loses or wins. For example, if the game has a spread of 8 points, you can bet that the winner will win by at least eight or the loser will fall less than eight points short.

Betting on whether a game will produce a certain number of points is another popular way of getting in on the action. You can wager on whether the two teams will combine to score points over or under a specific number. If an over/under for an NBA game is 220.5 points, a successful over bet for the game would involve a combined score of 221 or more while a winning under bet would result in a game of 220 or fewer points scored.